Holy Week: Stations of the Cross

At each station the following is used:

We adore you, O Christ, and we bless you,
because by your holy cross
you have redeemed the world.

A Reading from the Bible​

A time of silence for reflection

A Prayer ending with . . .
Holy God, holy and strong,
holy and immortal, have mercy on us.

​These pictures are from a series entitled 'Through Nomadic Eyes'
​and are the Stations of the Cross in Lodwar Cathedral, Kenya.
Further details of the inspiration, implementation and introduction of these pictures is at the end of this page. 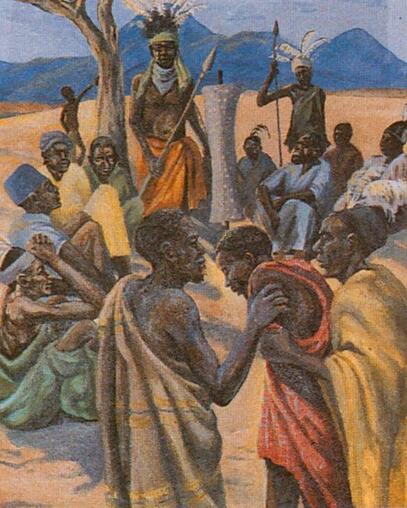 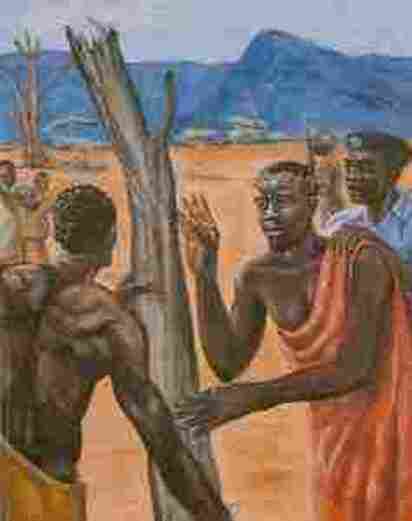 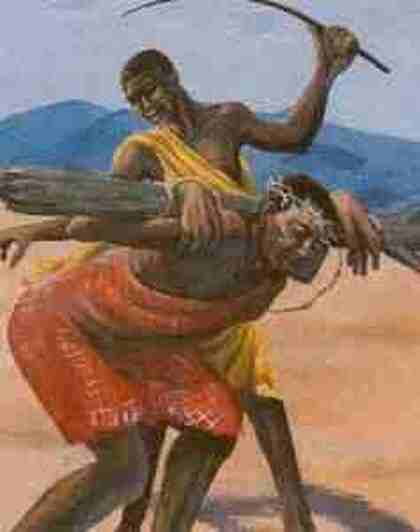 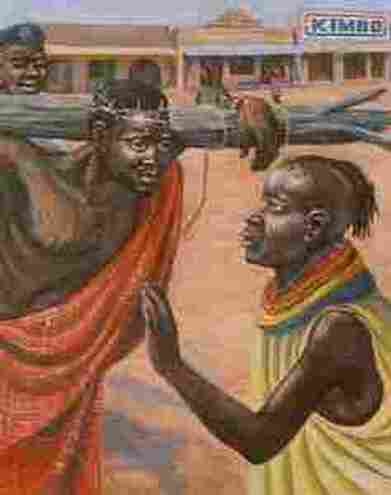 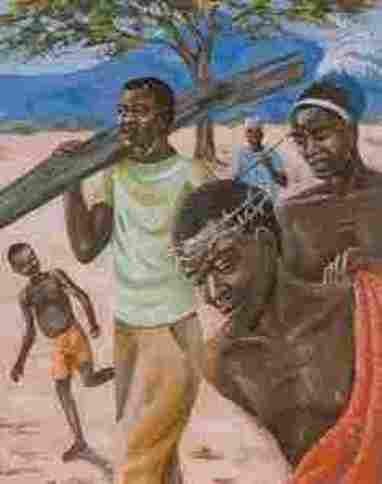 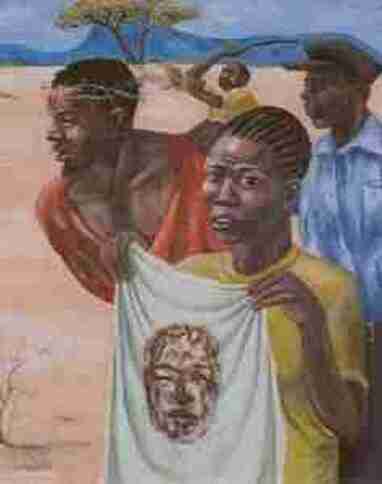 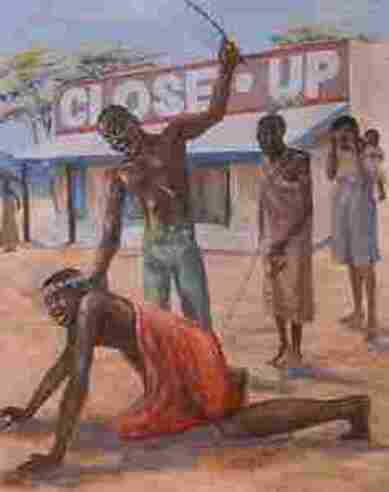 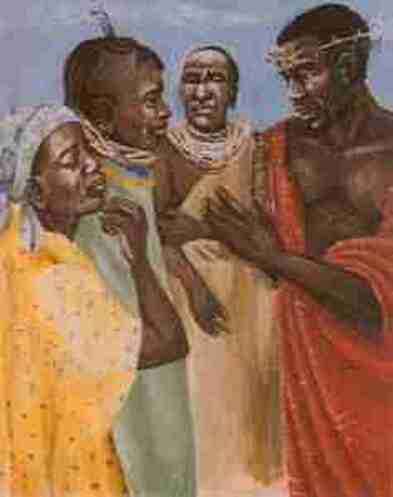 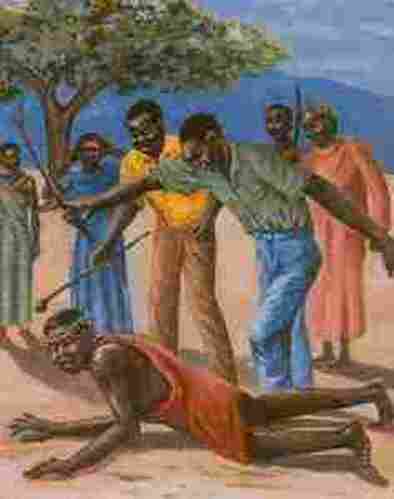 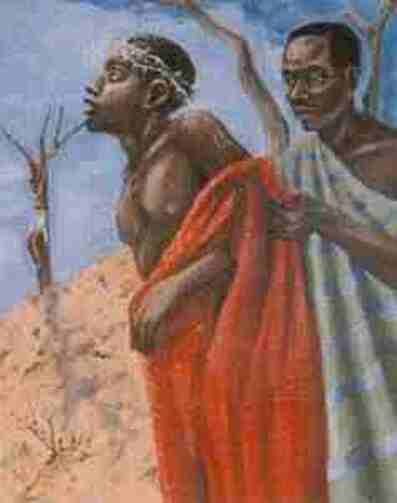 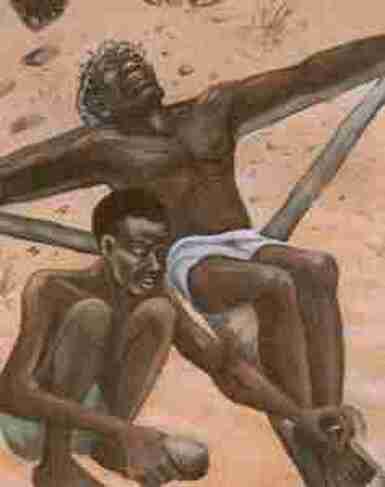 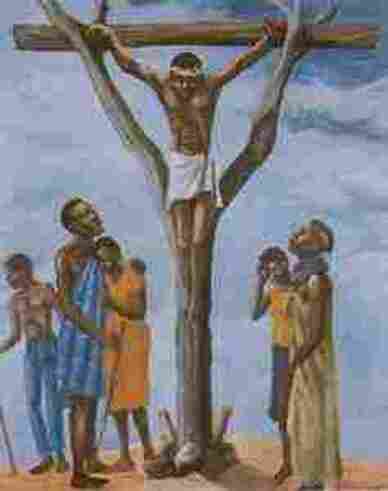 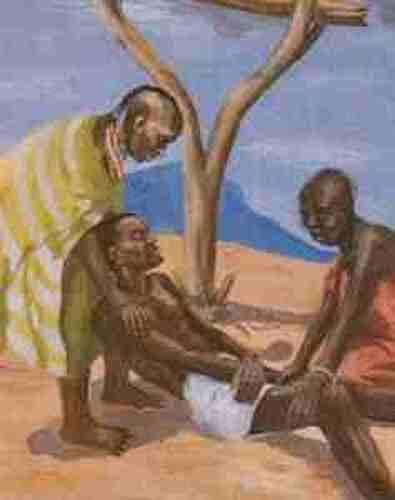 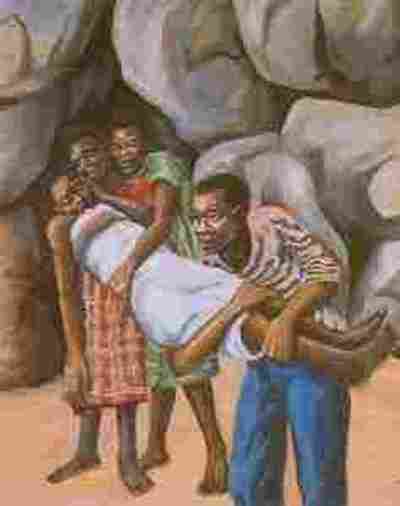 What are the Stations of the Cross?

The Stations of the Cross have formed part of Christian devotion at Passiontide for many centuries because they enable Christians to engage actively with the path of suffering walked by Jesus. They originated when early Christians visited Jerusalem and wanted to follow literally in the footsteps of Jesus, tracing the path from Pilate’s house to Calvary. They would pause for prayer and devotion at various points. Eventually those pilgrims brought the practice back to their home countries and ever since then Christians of differing traditions have used this form of devotion.

​In the late 14th century the Franciscans were given the responsibility for the holy places of Jerusalem and they erected tableaux to aid the devotion of the visitors. These kinds of images are now commonplace inside, and occasionally outside, churches.

Walking around inside the church is an option not available to us this year as the churches are closed. And so these images and audio files are offered as an alternative.

​The number of stations has varied immensely through the centuries but the now traditional number of fourteen include nine scriptural stations and a further five based on popular devotion.

Pictures by artists from Turkana, Kenya. Photos by G. Howley. Explanatory Text by Fr. Seamus O'Neill.
​
The church here in Lodwar was getting too small for our growing congregation so, having extended and improved the design, we began to think about new church furnishings and stations of the cross. This was in 1995 when The Church in Africa from the African Synod of Bishops had just been issued. In the chapter dealing with Evangelization and Inculturation it said, "The Synod considers inculturation an urgent priority in the life of the particular Churches, for the firm rooting of the Gospel in Africa".
We decided to take this proposition seriously and set about trying to have some authentic African art in our new church. We contacted an American Sister of Notre Dame, Sister Janet Mullin, who had trained a team of young Kenyan artists and they agreed to help us and we gave them some ideas.
We asked them to paint a set of stations that would reflect the life and environment of the Turkana people. Faces, dress and places would be authentically Turkana. Soldiers would be Kenyan, not Roman. Pilate would wear the traditional dress of a Turkana chief and the cross would be a rough piece of a local tree. Lodwar's shops and houses would be the background in many of the stations.
The reaction of our Christians was excellent when we unveiled the stations. The suffering Christ is central to their sprituality and prayer. The Turkana are a people who suffer a lot, from diseases, sickness, insecurity and hunger and have been left behind in Kenya's struggle for development. So, when they saw a Jesus who looks like them suffering and being crucified in their own locality they were able to identify very closely with him. "Look at Veronica wearing Turkana beads!" or "That's our shop on the corner!" were comments by children and adults as they stared at the stations or discussed them excitedly.
Our new stations help us remember that Jesus is still present among us and so the roots of the Gospel sink a little deeper here in Turkana.