The Oystermen of  Farlington
​Background

Jeremy Nelson was a voluntary administrator of Farlington Parish. He started a project to transcribe the Parish Records so they could be put on our Parish Website (c.), so they would be searchable for family historians. Whilst transcribing some of the early ones he noticed references to “The Oyster House, Farlington”, as in the Burial Register for 1841 to 1906 “man found drowned in mud near Oyster House” and in the Marriage Register, “Marriage of George Henry Saunders, mariner, Oyster House, Farlington, to Emily Hobbs”. Later a family by the name of Russell were living in the Oyster House.

The Oyster House, Farlington, was at various times known as Oyster Cove, The Oyster Water House, Oyster Watch House, The Lone House, The Black House and Old Black House (a.) (the brick walls were covered with tar to waterproof them).  The location was on a small island, off the south-east corner of Farlington Marshes, in the water, and  across a causeway, which could only be used at low tide, and which then led on to oyster beds and a channel later named Russel's Lake after the Russell family ( Matthew Russell , his sons and grandsons, all oystermen or oyster traders). In my quadruple Past and Present map of Portsmouth and Havant, in 1810 there is no sign of the house etc. In 1895 the house and causeway are showing, and in the 1919 and 1960 ones, they are both there with the house appearing to be attached to the land.

On the Parish  Records the address of the Russell family changed to “New Milton” which I thought was in the New Forest, which puzzled me for some time, until I was looking at my latest Solent and Isle of Wight map (b) and saw “New Milton Fisheries” presumably named from the Milton area of Portsmouth. It is marked off the end of the causeway from The Oyster House, on the edge of Russel's Lake – mystery solved. There are more oyster beds marked at the edge of the Hayling Billy Trail, which one can see today, when walking the Trail. Due to pollution, and after the deaths of several people, including the Dean of Winchester in 1902, the oyster trade from Langstone harbour was mostly finished.

He could find no record of the demolition of the Oyster House but in his imagination could visualise a family being   supported by oyster fishing/ trading, for several generations, and living in a house surrounded by water, except at low tide. This must have been interesting when going to and fro with shopping, or for the children going to and  from school.

Thanks to Alain from Southsea who kindly contributed the following extra interesting information by way of further explanation.

Thank you for your details linking "Oyster House" with "Black House"...

As I was searching for old photos of Southsea Railway & Tramways
I came across a picture (attached) entitled "The Black House Farlington Harbour"
(A long way down the long school blog Manor Court Update: November 2010 )
​
As I wondered where, in the Portsmouth area, this could be, I looked at the Google satellite view of Langstone Harbour and found a little round island near Farlington Marshes then found this article of the 1967 Flora of Farlington Marshes: Volume VII Part I.pdf (hantsfieldclub.org.uk)  with a circa-1770 map (attached) showing "Oyster House"

Finally a news article: Langstone Harbour oyster house was ... | Nostalgia | The News (portsmouth.co.uk)
with a painting (attached) of "Oyster House" supplied by Bill Tremlett of Milton. 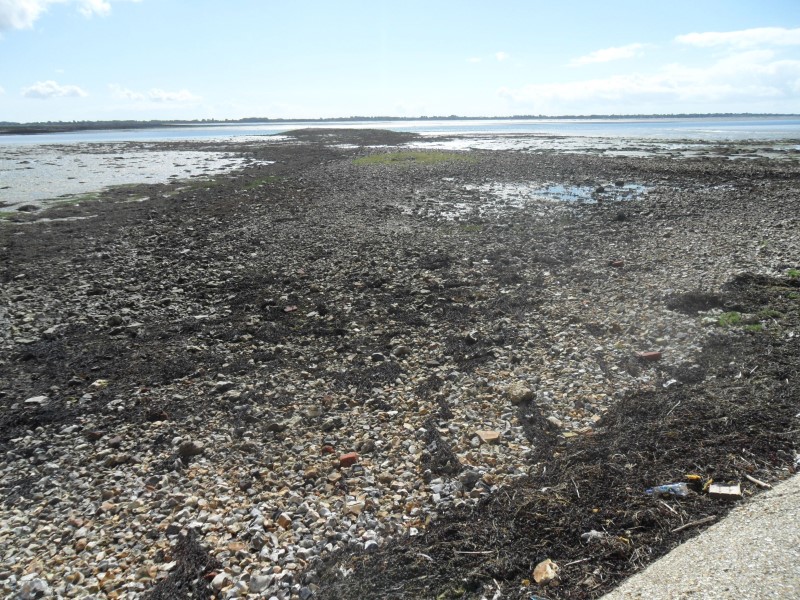